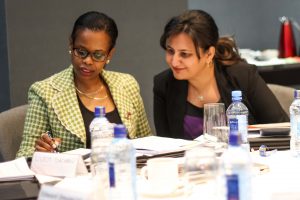 There is no question that negotiation skills are an important part of doing business. In today’s hyper-connected and increasingly competitive market, the ability to negotiate effectively is more highly valued than ever before. In fact,according to a study in the UK, it was estimated that UK businesses lose around 9 millionper hour due to poor negotiating skills. That study also concluded that UK businesses could increase their overall profitability by as much as 7% annually if they had better negotiation skills.

Clearly, negotiating skills are important in business. The following are five specific reasons why negotiation skills are absolutely imperative in the business world:

1. A Negotiation Mindset is Beneficial with Everyone from Clients to Employees

While the ability to negotiate is certainly an important part of boardroom meetings and hammering out contracts, the benefits actually extend far beyond those better-known applications. For example, negotiation skills can be invaluable when discussing the responsibilities an employee or new hire will have, and can ensure that both parties understand exactly what is expected of the other.

Contrary to what some believe, negotiation skills are not about beating the opposition out of the other party. In fact, the best negotiators are ones who are able to create win-win situations, in which everyone walks out thinking that the deal is a good one. While the ability to aggressively get what one wants might seem like a victory in the moment, the reality is that the lack of goodwill generated by this can cause problems down the road.

There is no question that finding a deal which makes everyone happy is difficult, but this is exactly why it is so highly valued.

Ultimately, the goal of a negotiation is to get the best deal possible for you and your organization. In doing so, you are by definition improving your bottom line. For example, if you are able to reduce your overhead by 10% due to an effective negotiation, that money goes straight to your profit margin.

4. Ensures that You Can Walk Into a Negotiation Confidently

Confidence is an important part of any negotiation. Walking into an important negotiation with the fundamental knowledge that you know what you are doing means you can focus on the deal itself instead of worrying about whether you are being outmaneuvered by the other party. In addition, the ability to confidently make a presentation, as well as provide offers or counteroffers,has been proven-to result in better deals.

Respect is an essential part of business. It is important that your employees respect you if you want to get the most productivity out of them, and it is just as important that vendors, clients, and anyone else you may be negotiating with respect you as well.

The impression you leave after a negotiation can have a lasting impression, which can impact everything from future negotiations to your reputation in your industry.

This fact underlines an important point: it is far better to be a somewhat intimidating character due to your negotiating skills than it is to be looked at as a pushover at the negotiating table. Far from being a roadblock in future deals, the ability to negotiate will make people want to work with you.

Learning how to be an effective negotiator can be challenging, which is why it is always great to have tools at your disposal that can assist in that goal .View here…